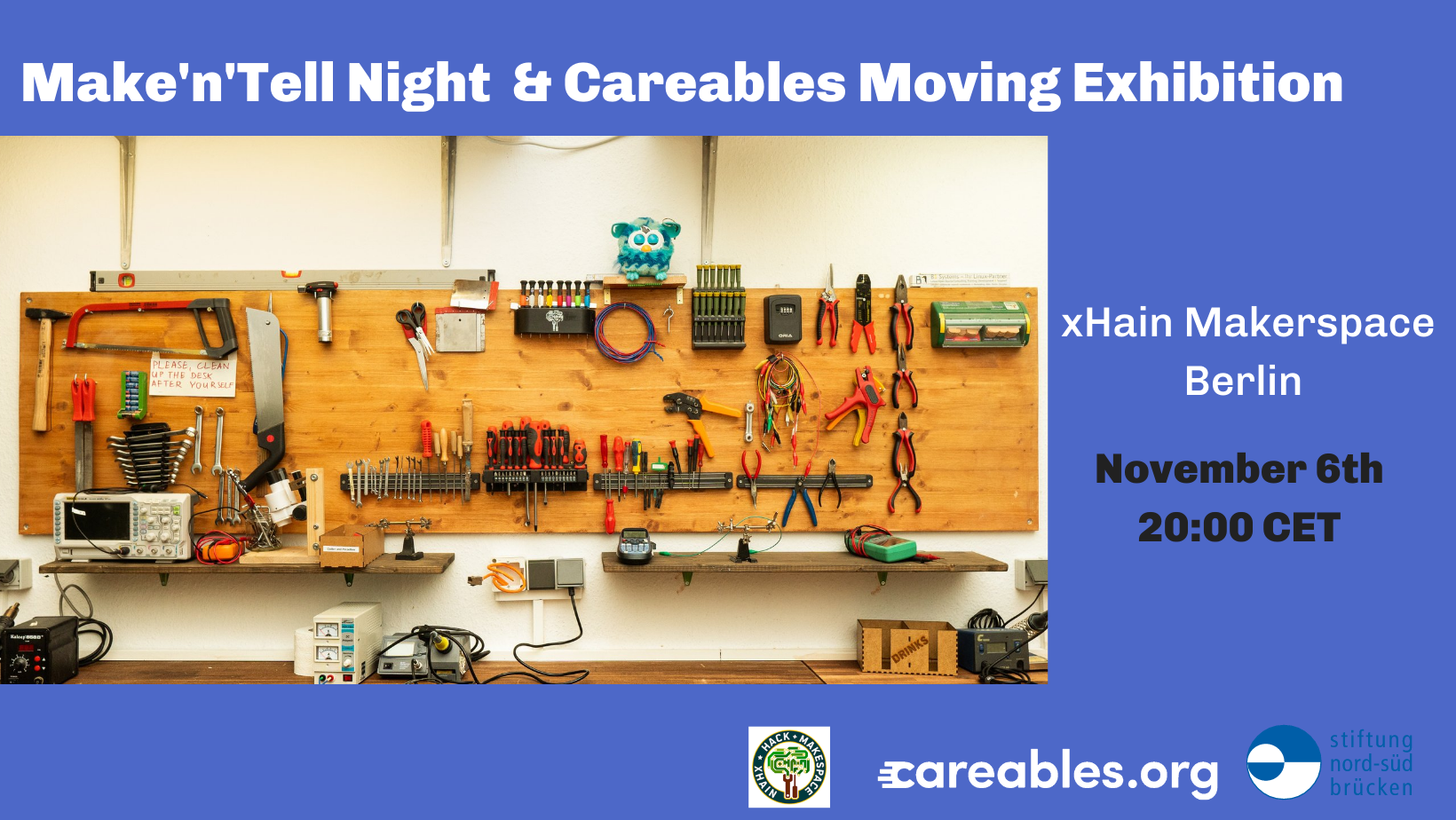 Join us on November 6th at 20:00 CET for Make’n’Tell night and Careables Moving Exhibition at xHain maker-space in Berlin. Stay tuned as we announce some awesome makers who will present their Maker Story within  5 to 15min talks. We will then engage in an open discussion and Q&A Session.

Careables is happy to join forces with xHain for the first time and exhibit a new Careables Collection in produced in xHain Makerspace!

In February of 2020 the xHain started the talk-series make’n’tell, an adaption of the hack’n’tell, to give people the possibility to present their “maker projects” and to get into an exchange with other
makers.

20:30  Makers talking about one of the Careables they have made and the story behind it
(Nawres Arif, Science Camp, Basra Iraq and Daniel Wessolek, from Open Knowledge Foundation Germany)

21:05 Opening the exhibition + Snacks and Drinks

xHain was founded by Felix  in May 2016 and has been recognized as a non-profit UG since 2020. xHain sees itself as a do-ocracy and lives from the commitment and ideas of the members.